Episode 89. Great by Eight Is a Bold Call to Action 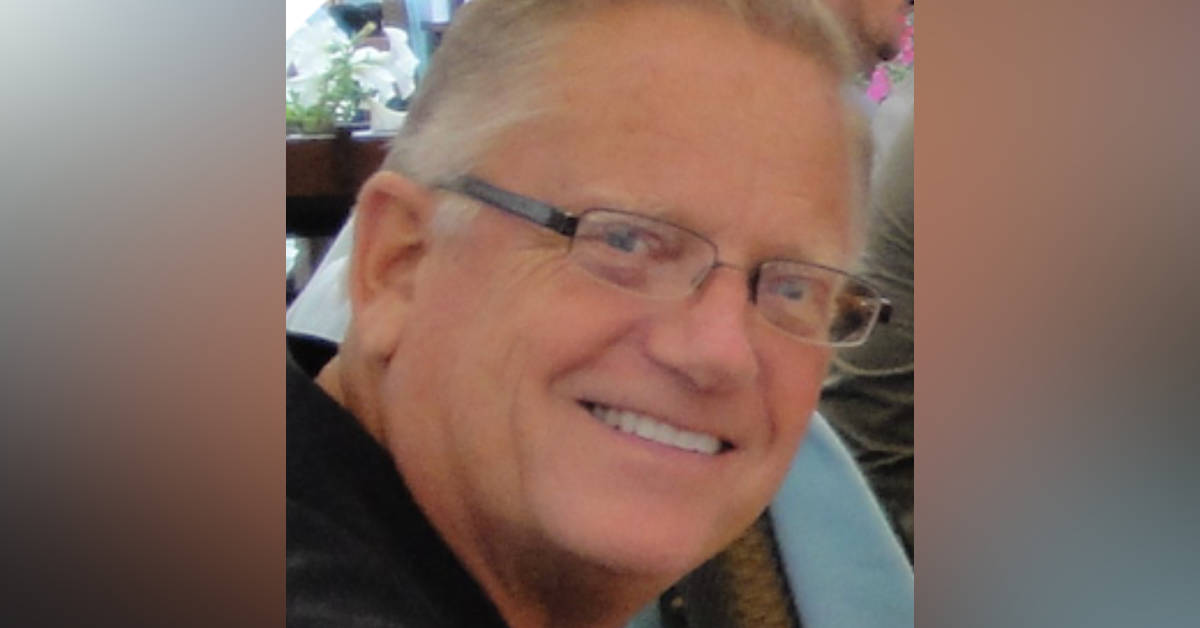 Focusing on early childhood development is vital for children and for our society. Research has demonstrated facilitating low-stress/high-engagement environments at the earliest ages builds strong, confident learners, who as adults,

Focusing on early childhood development is vital for children and for our society. Research has demonstrated facilitating low-stress/high-engagement environments at the earliest ages builds strong, confident learners, who as adults, make up the backbone of a successful society. America’s failure to make early childhood development one of our highest priorities is the reason our nation has shown a steady decline in numerous important areas relative to other countries. Today’s guest, Dr. Rick Allen, has written Great by Eight, a bold call-to-action that demands intense emphasis on the development of young children, in particular from birth to age three, and continuing through age eight. By investing in early childhood development now, and over the long-term, we can become a far stronger and more unified nation. Great by Eight provides experienced insights on how we can get there. Drawing on nearly thirty years in public administration, extensive work in early childhood program design, and an abundance of emerging research, Dr. Allen sheds light on the remarkable power of early childhood development. He illustrates how parents, caregivers, teachers, community-activists, corporate executives, community-based nonprofit leaders, and forward-thinking policymakers can work together to cut social costs, create a stronger workforce, boost local economic development efforts, and improve our faltering international competitiveness. He clearly demonstrates that most children, given the right environment and support very early in life, can evolve into successful, contributive, and happy adults.

In 2001, the University of Washington Tacoma School of Business in association with the Business Examiner News Group named Dr. Allen as a Business Leader of the Year in Pierce County, Washington. The Washington Association for the Education of Young Children recognized him as one of the state’s outstanding community-based advocates for children.

He was president and CEO of United Way of Pierce County, Washington, a community approaching one million, for more than twenty years. Before that he served eight years as director of the Pierce County Community Action Agency, working predominantly with families in distress. Dr. Allen holds a bachelor’s degree in journalism from Eastern Washington University, a master’s degree in interpersonal communication from Ohio University, and both a master’s and a doctorate in public administration from the University of Southern California.

Please join me in extending a hearty welcome to Dr. Rick Allen to the Adventures with Grammy Podcast.

Rick, I love your book. You have written a no-nonsense guide to ensuring children receive the love and nurturing they deserve. Reading Great by Eight should be a high priority for every adult.

Your academic and professional credentials are impeccable. What I didn’t mention is that you also have life experiences that the average person can relate to such as bailing hay on an Eastern Washington farm, working as a dishwasher and night janitor in a large restaurant, laying railroad track in central Oregon, working construction jobs in Pullman, Washington and Lewiston, Idaho, and serving in the U.S. Armed Forces during the Vietnam era.  What led to your focus on the importance of early childhood years?

Sign up for the Adventures with Grammy newsletter by clicking this link or by texting Grammy to 22828 to get started!

To learn more about Adventures with Grammy and books by Carolyn Berry, visit

To leave feedback about the podcast and to suggest guests and topics, send an e-mail to carolyn@adventureswithgrammy.com 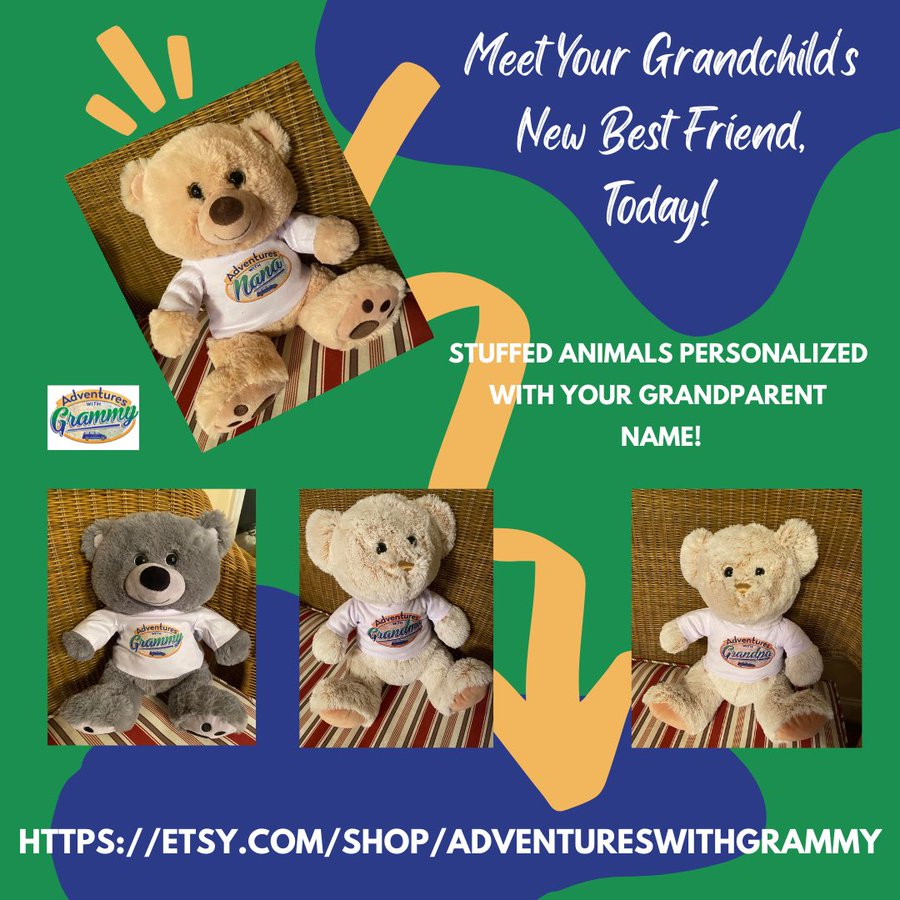 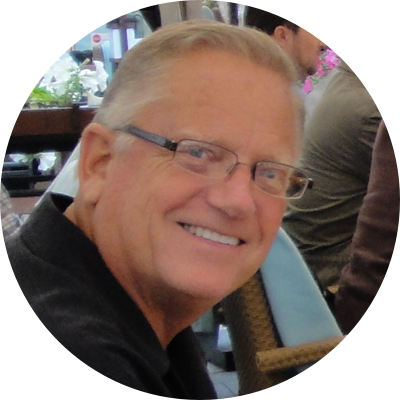 About the Author
A leading proponent in helping to aggressively expand community-based nonprofit Early Childhood Development programs in Pierce County, WA, and statewide, Allen was frequently asked to testify on the subject before the State Legislature. The successful early childhood community collaboration he was instrumental in establishing in Pierce County remains active today, as do many of the early childhood programs in other Washington State communities.

Allen was recognized by the Washington Association for the Education of Young Children as an “Outstanding Community-based Advocate for Children” in Washington State.

Allen was also named in 2001 as one of the first Business Leaders of the Year in Pierce County, Washington State, a community approaching one million. He was selected by the University of Washington-Tacoma School of Business in partnership with the Business Examiner News Group.

Allen worked in the nonprofit field as President/CEO of United Way of Pierce County, Washington for 20 years, a community approaching one million. He earlier served eight years as the Director of the Pierce County Community Action Agency and over two years with the Washington State Department of Community Development. He and his staff worked predominantly with families in distress.

He was twice selected by his peers as president of different state-wide associations, United Ways of Washington and the Washington State Community Action Association. During his tenure he focused work in both associations on helping their local organizations become more effective in advocacy, especially around early childhood development issues, at the community level and collectively at the state level.

Allen had earlier been selected by the National Community Action Foundation for a Congressional Lobbying Internship in Washington, D.C., and later was named by the Tacoma Weekly as Tacoma, Washington’s “Most Effective Advocate.”

Allen was also asked to serve on the team that helped develop the curriculum for the Seattle University Masters in Nonprofit Leadership program.

Selected as chair of the Washington State citizen advisory committee on welfare reform (the Family Independence Program), Allen traveled across the state to meet and learn from families in economic distress as well as state workers assigned to assist those families; his Community Action team won a national Housing and Urban Development (HUD) award for innovation in “welfare to work” design. The HUD award included a presentation in Washington, D.C. to the other states, with the Vice President of the United States as moderator of the panel. Parts of the design were later incorporated into Washington State’s welfare programs.

Allen holds a BA in journalism from Eastern Washington University, an MA in Communication from Ohio University, a second MA and a Doctorate in Public Administration from the University of Southern California.

His history also includes diverse experiences in “different worlds,” including:

Bailing hay on an Eastern Washington farm, dishwasher and night janitor in a large restaurant, laying railroad track in central Oregon (a “gandy dancer”), and working construction in Pullman, Washington and Lewiston, Idaho
Army Infantry Officer (Captain, Airborne) during the Vietnam era; Battalion Intelligence Officer
11 years in higher education administration, including acting as Vice President and Dean of Student Life at Pacific Lutheran University
Manager of Washington State Housing Programs during the development and start-up of the Washington State Housing Finance Commission and the Governor’s Statewide Housing Conference
Founder and owner of two small businesses, one art-related (Graphic Art Associates) and the other, wine shops with his brother John. 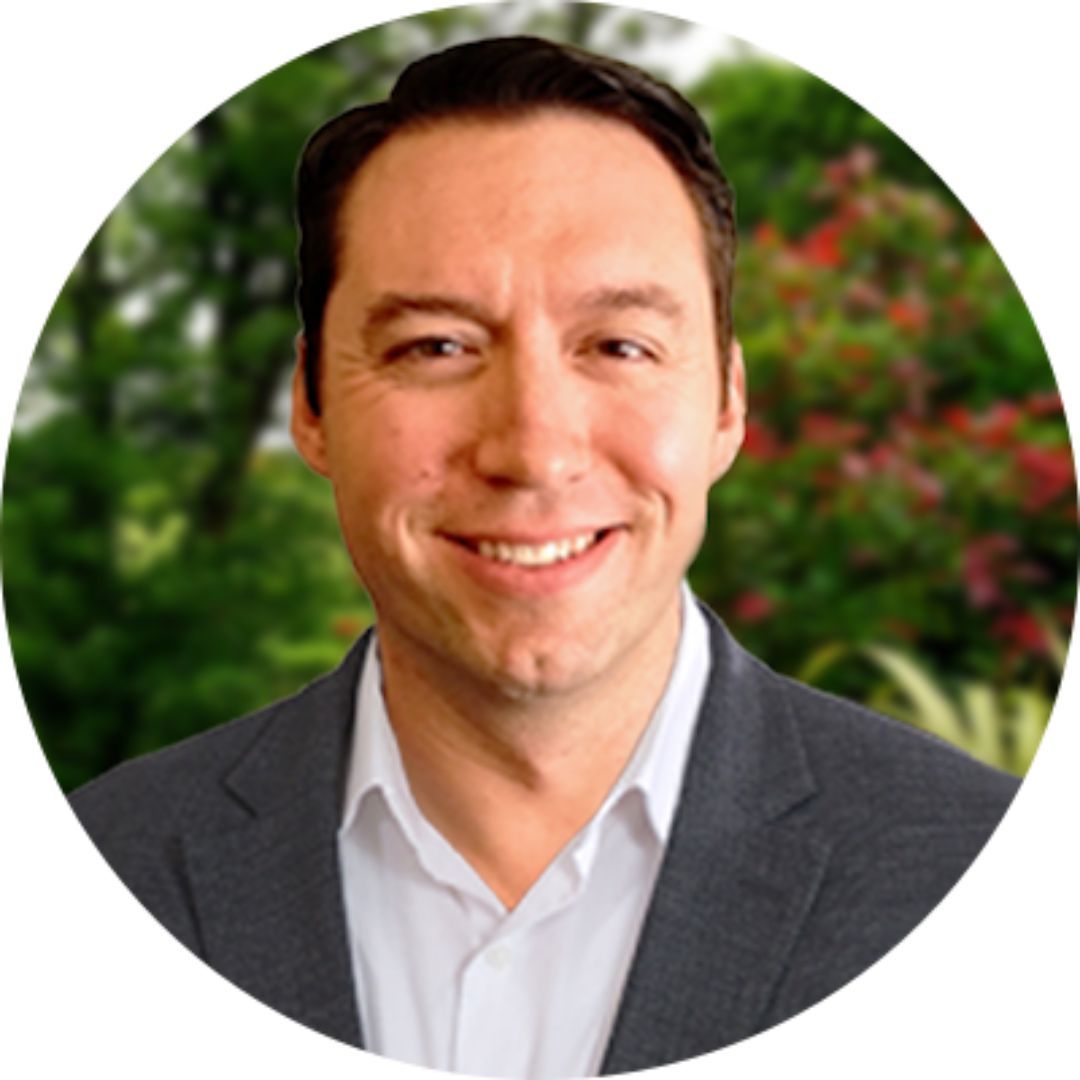 Founded in 2011 by Aaron Larsen as a way to honor his grandparents, GrandparentsAcademy.com is the world's first and only online academy dedicated to helping grandparents grow meaningful relationships and rich legacies with their loved ones. 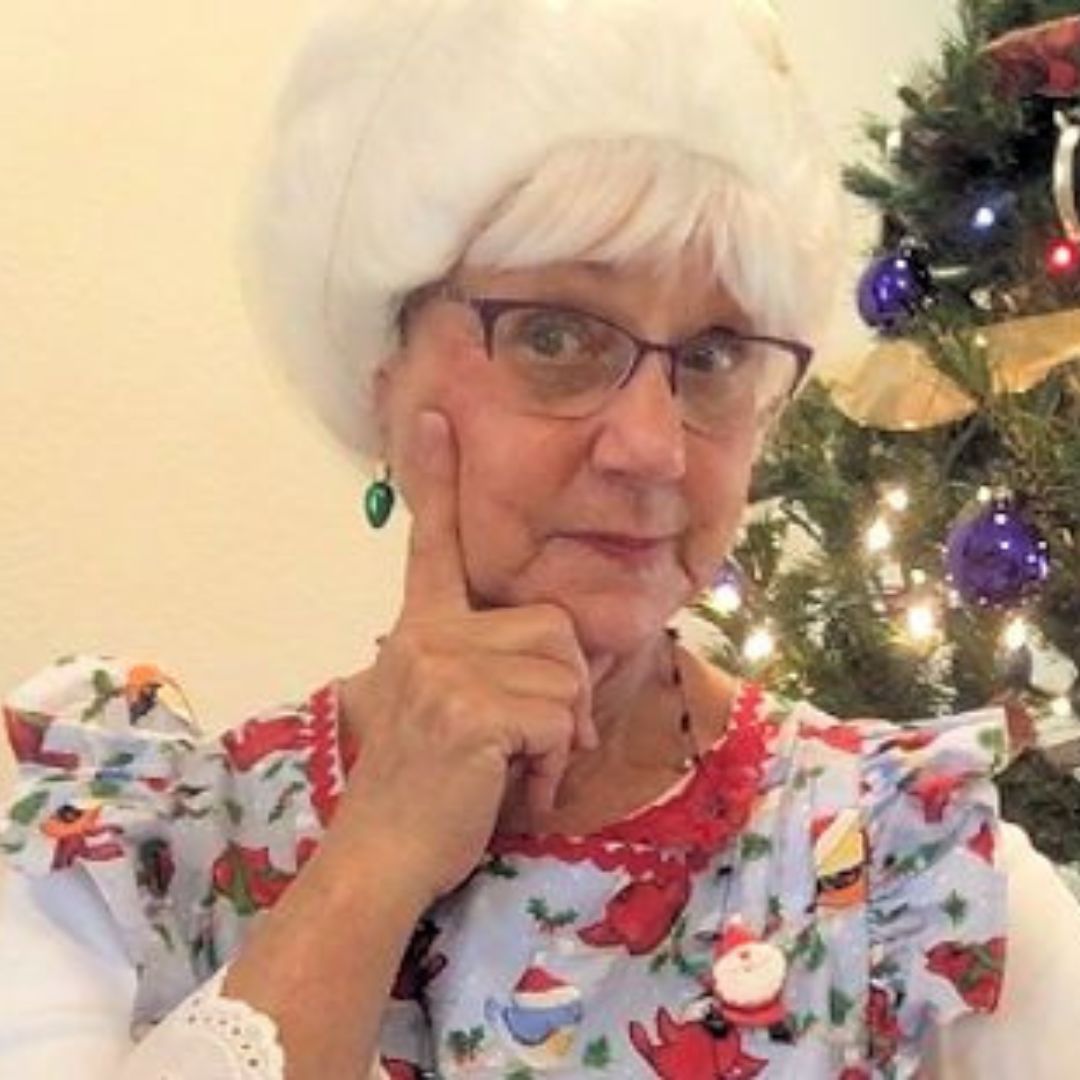 Mrs. Claus has a busy schedule, but she stopped by the Adventures with Grammy Podcast to let you know she is ready to bake cookies with your grandchildren, tuck them in with bedtime stories, and gather around the family room … 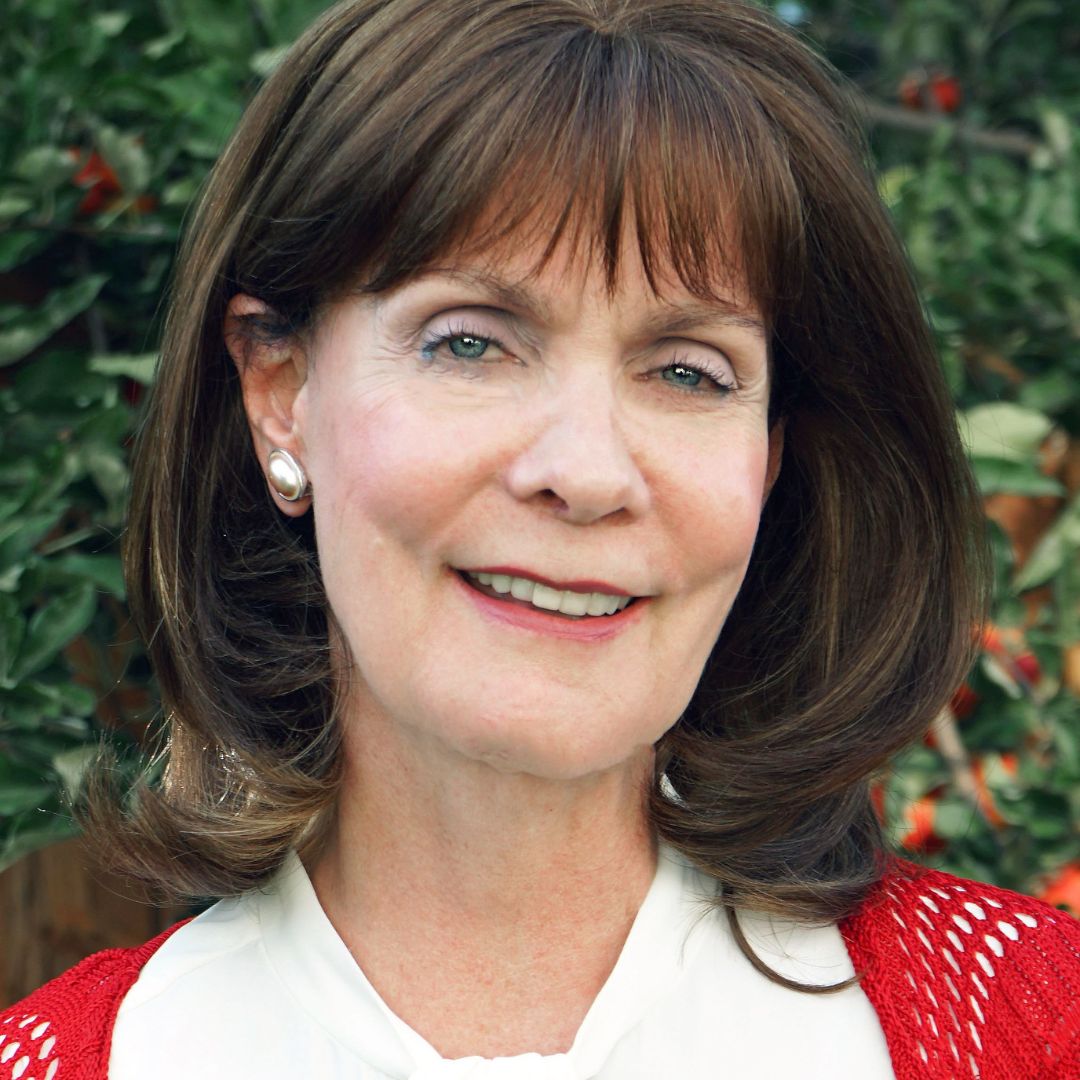 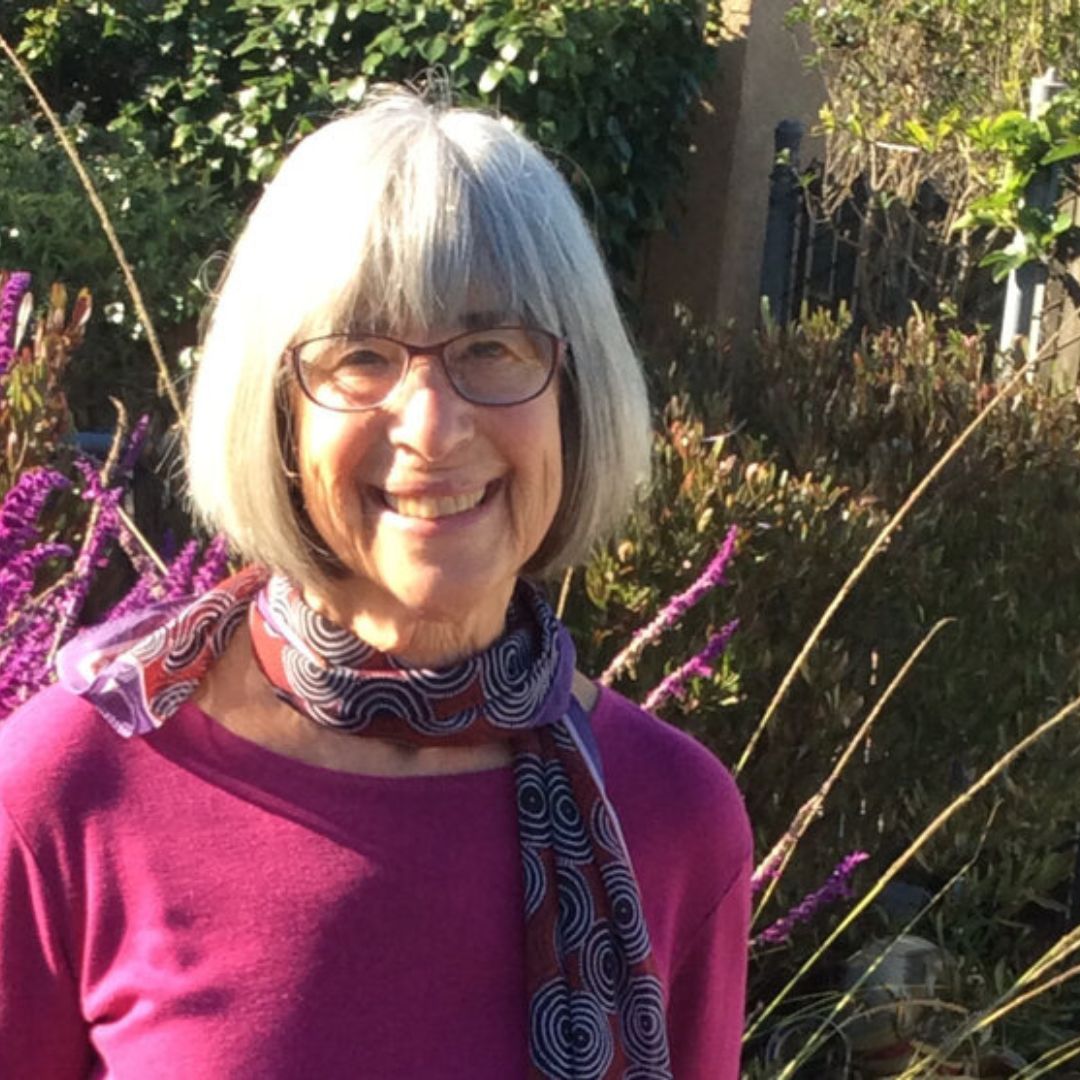 Play provides the respite and energy that grandparents need for renewal. It is an opportunity for grandparents to recapture their childlike sense of wonder and a time to revel in spontaneous boisterous fun. 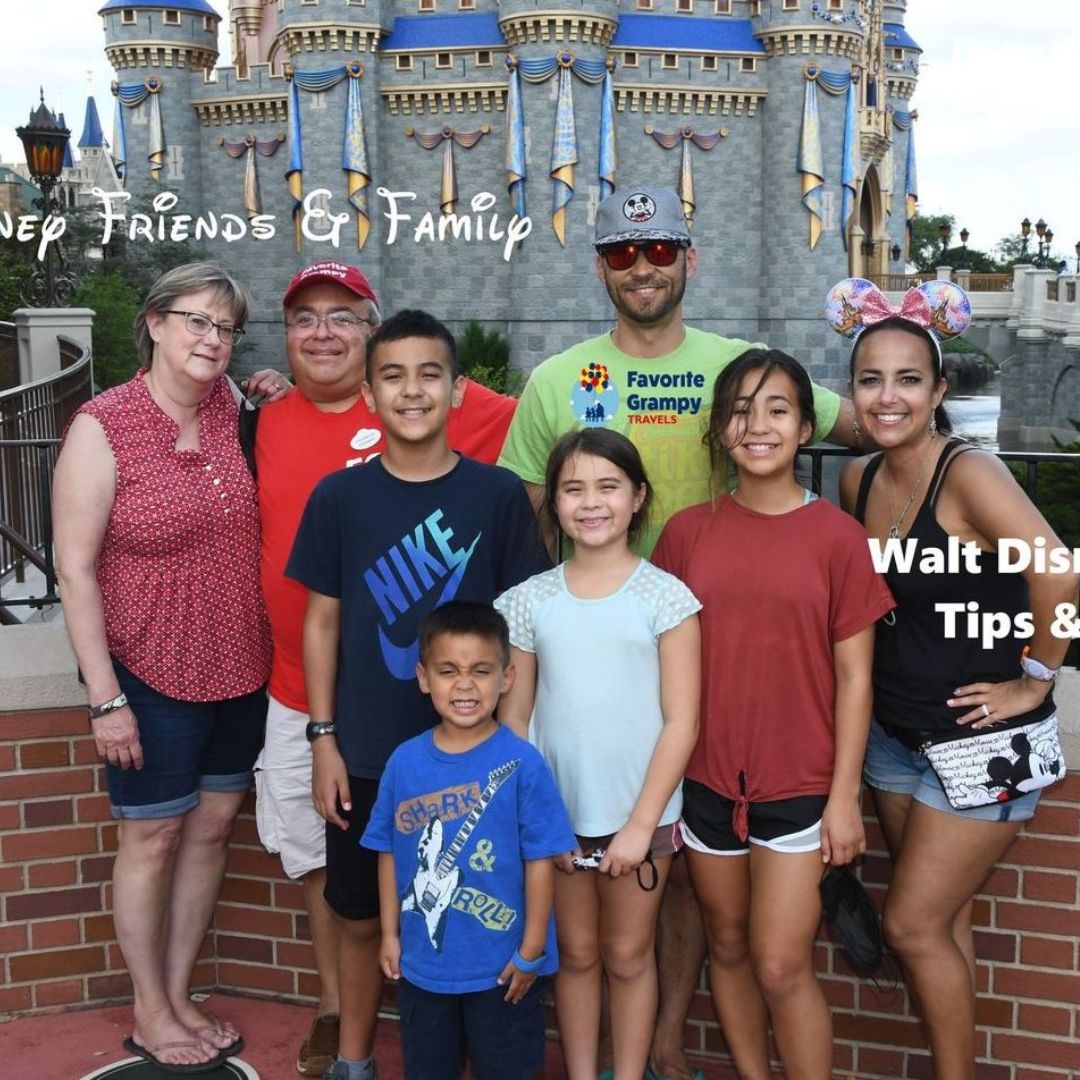 Nikki Hendrix and her father, Manny Oliverez (Episode 52), talk about everything Disney. Their tips will help your family make the most of your Disney vacation.